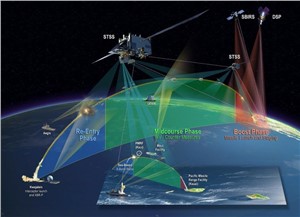 Two STSS satellites were launched into low Earth orbit in 2009 and proved the operational value of space-based precision mid-course ballistic missile tracking. STSS has tracked ballistic missiles through all phases of flight and in 2013 demonstrated the “launch on remote” capability, which significantly expands the defended area of a U.S. Navy Aegis cruiser.