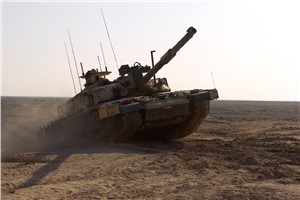 In the lead up to Future Armoured Vehicles Survivability 2019 taking place between the 12th and 14th November 2019, in London, SMi group caught up with Colonel Timothy Klenske, JPEO-CBRND, US Army, to discuss the upcoming event as well as the current developments and challenges within the field.

View sample of the interview below:

SMi Group: Do you see the systems that your office is developing, working closely with other survivability systems for armoured vehicles?

Colonel Klenske: "Yes. There are several JPEO-CBRND systems that integrate well with other survivability systems. One example is the integration of obscuration with laser beam rider defeat systems. By launching an obscuration cloud between the armored platform and the incoming laser beam rider, the missile loses it signal and crashes to the ground. Additionally, JPEO-CBRND and our partners are developing new contamination mitigation systems to more quickly decontaminate vehicles and regenerate combat power more quickly. Other examples include air-launched CBRN detectors and identifiers and lighter personal protective gear, both of which enable Integrated Layered Defense (ILD) and Integrated Early Warning (IEW) to increase survivability of personnel and vehicles."

As the only armoured vehicle conference dedicated to the area of survivability, the 2019 event will gather programme managers, capability directors, and commanders from the military, and senior engineers, chief scientists, and platform managers from leading solution providers to discuss what nations are doing to protect their armoured vehicles and their personnel.

For those who would like to secure a place at the conference and focus day, register at https://www.asdevents.com/event.asp?id=21495