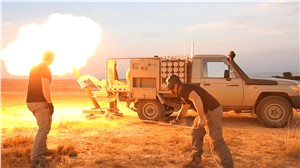 Future Mortar Systems is the world's longest running international Mortar Systems conference. Created with the notion of knowledge-sharing at its center, this year's conference will focus on the themes of 'technology', 'interoperability', and 'maneuverability'. Relating these themes to persisting challenges in the field of mortar firepower, presentations will explore the mobility and flexibility of troops when transporting and operating equipment, technological innovations to ensure overmatch in peer adversary war-fighting contexts, the integration of UAVs, effectively combating time-sensitive targets, operational feedback, and command and control systems.

In response to fluctuating mission demands, the themes and operations under discussion equally relate to Infantry, Artillery and Marine Corps. Structured as a three day conference with sixteen speakers and a site visit, Future Mortar Systems will shape the strategic thinking on the future role of the dismounted soldier and indirect fire capabilities.

"This event was very good to see the current state of mortars"
Engineer, US Army, Delegate 2015