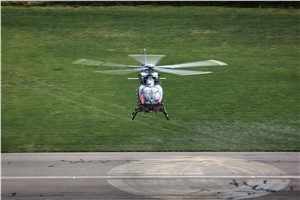 Early August, the second prototype of the new five-bladed H145 took off for its maiden flight at the Airbus Helicopters site in Donauwörth. The helicopter will be used for additional flight tests to achieve EASA certification of the new five-bladed H145 in early 2020. The first prototype is currently performing a high altitude test campaign in South America. The second prototype will be mainly used for autopilot testing, performance and airframe structural validation.

The new H145, that was unveiled at Heli-Expo this year in Atlanta, offers 150 kg of additional useful load, while also raising the bar for in-flight comfort, simplicity, and connectivity.