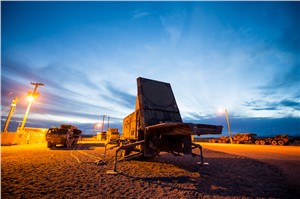 The contract comes shortly after the Defense and Budget Committees of the German Federal Parliament approved the upgrade, ensuring Germany remains aligned with five other EU and NATO allies that rely on Patriot for their air and missile defense. All countries – including the U.S. – benefit from being part of the 16 nation consortium through:

Patriot has been successfully used more than 250 times in combat to defend allied forces and civilian populations against hostile aircraft, drones and tactical ballistic missiles.