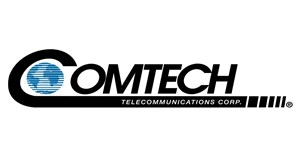 Comtech Telecommunications Corp. (NASDAQ:CMTL) announced today that during its fourth quarter of fiscal 2019, its Orlando, Florida-based subsidiary, Comtech Systems, Inc., which is part of Comtech’s Government Solutions segment, received a $4.0 million contract from the Brazilian military to expand their satellite-based network for its air traffic control system. This includes the provision of new remote satellite terminals and services.

In commenting on this important award, Fred Kornberg, President and Chief Executive Officer of Comtech Telecommunications Corp., stated, "Our long-standing leadership position with the Brazilian military has firmly established Comtech as the choice for advanced satellite communication solutions. We look forward to continuing to work with the Brazilian military on this and future opportunities."