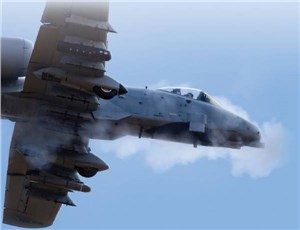 "When you are in a firefight, the first thing infantry wants to do it get on that radio to adjust fire for mortars and locate targets with close air support with planes or helicopters. You want fires." - US Army Chief of Staff Gen. Mark Milley.

Platforms such as the US A-10, the RAF's Tornado and other platforms synonymous with close air support are now reaching the end of their highly successful lifespans. Next generation fighters such as the F-35 are expected to pick up the mantle. Due to the advancements in fighter technologies and developments in cockpit situational awareness, it is crucial that the CAS community meets to discuss and deliberate the future for CAS and DACAS. Increased agility, interoperability, and combat effectiveness are also being advanced at an exponential rate. A shift toward fully digitalised joint fires, with a greater ability to delivery swift and accurate firepower, now sets the standard for CAS in modern warfare.

The Close Air Support conference is designed to bring together military officials, international agencies and industry leading experts to discuss the vital importance of CAS capabilities and allied interoperability. Now in its third successful year, the Close Air Support conference continues to provide an excellent platform for the advancement of CAS ventures, both in the air and on land, continually striving to bridge the gap. Further, attendees will benefit from hearing leading industry experts as they showcase the latest technological developments in the CAS domain. Advancements that aim to enhance combat effectiveness whilst increasing connectivity.

NATO Expert Speakers Will Include: