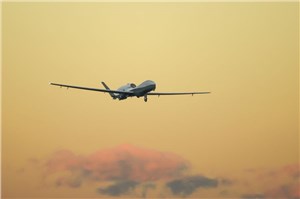 Minister for Defence Christopher Pyne identified “people smuggling and the exploitation of our natural resources” as threats which Triton’s capabilities can help to address.

Northrop Grumman is committed to developing a sovereign defence capability for Australia through industrial partnership and participation, direct investment and technology transfer.

“We are proud of our partnership with the Australian Government and Australian industry, which we exemplified in the recent signing of the Australian Industry Capability Deed with the Minister for Defence Industry at the Avalon Airshow,” said Chris Deeble, country executive, Northrop Grumman Australia. “To date we have partnered with several Australian entities to assist in the production and sustainment of the Triton unmanned aircraft system in Australia. Initiatives like this ensure local companies benefit from the investment in Australia’s security, and we take great pride in contributing to this.”