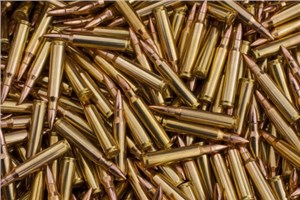 As the largest manufacturer of small-caliber ammunition for the U.S. Department of Defense, the company has produced more than 18 billion rounds of small-caliber ammunition at Lake City since 2000 to support U.S. and allied warfighters around the globe. In recent years, the company has completed several significant investments at the facility in state-of-the-art, high-volume technology that have enhanced employee safety, product quality, environmental stewardship and overall efficiency.

“We are honored to continue our longstanding support of the U.S. Armed Forces and its allies by providing them with reliable, high-quality ammunition,” said Rick Lavelock, vice president, small caliber systems, Northrop Grumman. “Every member of the Lake City team understands that the ammunition we produce helps defend freedom, and we are humbled by that awesome responsibility.”