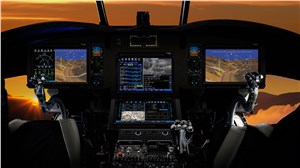 The U.S. Army has selected Collins Aerospace Systems as one of three companies to serve as a Mission Systems Integrator (MSI) for the Joint Multi Role (JMR) Mission Systems Architecture Demonstration (MSAD) program. The JMR MSAD program will provide critical information to the Department of Defense to develop a strategy for Future Vertical Lift (FVL), which is expected to eventually replace every Army helicopter in the United States. Collins Aerospace is a unit of United Technologies Corp. (NYSE: UTX).

As an integrator on the program, Collins Aerospace will design and demonstrate the next generation of cyber-hardened mission system architecture, and Model Based Systems Engineering tools and processes needed to develop and integrate the avionics on FVL.

“Collins Aerospace has been a pioneer in open systems architecture for more than 30 years, such as CAAS avionics for the Army’s Special Operations fleet in 2001 and other pathfinder programs leading the way for OSA-based avionics upgrades on over 20 different aircraft types,” said Dave Schreck, vice president and general manager for Military Avionics and Helicopters at Collins Aerospace. “We know our history of innovation will be beneficial in reducing the overall lifecycle costs and risks associated with this next-generation fleet of vertical lift platforms.”

Collins Aerospace will serve as an MSI on the program until its completion in December 2020.

Tell a friend:
Collins Aerospace selected by US Army to provide critical expertise in the development of Future Vertical Lift