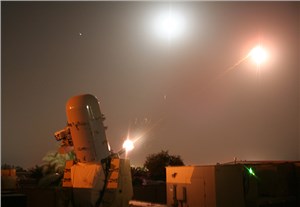 Raytheon Company (NYSE: RTN) was awarded the following contract as announced by the Department of Defense on December 28, 2018 .

Raytheon Co. Missile Systems, Tucson, Arizona , was awarded a $205,205,445 cost-plus-fixed-fee contract for land-based Phalanx weapon system. Bids were solicited via the internet with one received. Work locations and funding will be determined with each order, with an estimated completion date of Dec. 27, 2023 . U.S. Army Contracting Command, Redstone Arsenal, Alabama , is the contracting activity (W31P4Q-19-D-0015).