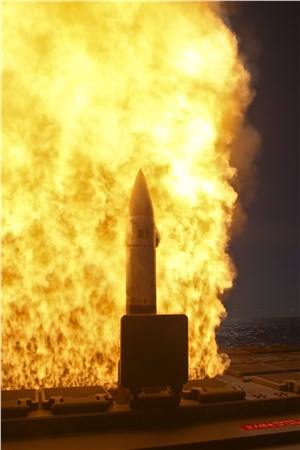 Raytheon Company (NYSE: RTN) was awarded the following contract as announced by the Department of Defense on December 26, 2018 .

Raytheon Missile Systems, Tucson, Arizona , is awarded a $17,011,832 modification to previously awarded contract N00024-17-C-5420 to exercise an option for providing Zumwalt capability and design agent support to the Standard Missile-2. Fiscal 2017 and 2018 weapons procurement (Navy); and foreign military sales funding in the amount of $16,951,832 will be obligated at time of award and will not expire at the end of the current fiscal year.  The Naval Sea Systems Command, Washington , District of Columbia , is the contracting activity.