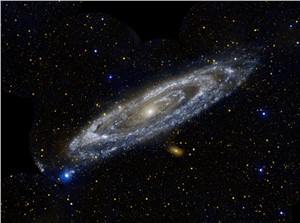 NASA has selected proposals for four missions that would study cosmic explosions and the debris they leave behind, as well as monitor how nearby stellar flares may affect the atmospheres of orbiting planets.

Following detailed evaluations, the agency intends to select two proposals in 2021 to be the next astrophysics missions under the Explorers Program. The selected missions will be targeted for launch in 2025.

“These promising proposals under the Explorers Program bring out some of the most creative, innovative ways to help uncover the secrets of the universe," said Thomas Zurbuchen, associate administrator of the agency's Science Mission Directorate in Washington. "From studying stars and planets outside our solar system to seeking answers to the largest cosmic mysteries, I look forward to the breakthrough science from these modest size missions.”

Each SMEX proposal will receive $2 million to conduct a nine-month mission concept study. The selected proposals are:

The Compton Spectrometer and Imager (COSI)

MO proposals will each receive $500,000 to conduct a nine-month implementation concept study. The selected proposals are:

“Each of these missions would take the next steps in some of the hottest areas of astrophysics today,” said Paul Hertz, Astrophysics Division director at NASA Headquarters. “With the high science rewards for low dollar amounts, Explorers missions successfully fill the scientific gaps in our current fleet of space observatories.”