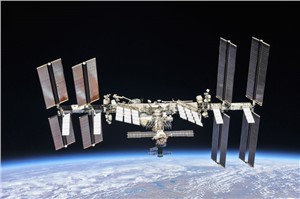 KBR (NYSE: KBR), a leading solutions provider to the civil, military and commercial space industry, will become the first company to train private astronauts at NASA facilities. The company recently signed a Space Act Agreement with NASA Johnson Space Center allowing it to provide human spaceflight operation services to commercial companies. KBR currently holds the only agreement with NASA to provide these services using the agency's facilities and capabilities.

Through this agreement, KBR will be able to train private astronauts in a wide variety of spaceflight tasks including operating onboard International Space Station (ISS) systems, integrating into the existing ISS crew, performing routine operational tasks, maintaining health and performance, and responding to emergencies. KBR will also provide medical operations and services prior to, during, and after spaceflights.

From mission planning and training to mission execution, KBR will ensure these private astronauts are prepared to fly to the ISS and beyond. The company currently trains and provides medical support to NASA and ISS international partner astronauts and supports all planning and execution aspects of mission operations.

KBR will provide its specialized services utilizing its more than 60 years of experience which includes supporting every astronaut since 1968.

"KBR has pioneered space travel for more than half a century. We will leverage our domain expertise to assist private astronauts with their human spaceflight activities," said Stuart Bradie, KBR President and CEO.

"This historic agreement is a testament to KBR's long standing partnership with NASA. We will continue to work together to propel NASA's mission to fuel a low-Earth orbit economy and advance the future of commercial space," Bradie continued.

The agreement directly supports one of five elements of NASA's plan to open the ISS to new commercial and marketing opportunities that will continue the agency's efforts to enable a sustainable low-Earth orbit economy.

As was recently announced, KBR will further support this mission by working as a subcontractor to Axiom Space on the first commercial destination module for the ISS.

KBR is one of the world's largest human spaceflight support organizations, contributing to every operational aspect of NASA's human spaceflight program. It currently operates at 11 NASA centers and facilities. As part of this work, it executes International Space Station operations, performing 24/7 real-time human spaceflight command and control from the NASA Johnson Space Center Mission Control Center.

Tell a friend:
In a Space Industry First, NASA Grants KBR the Right to Train Private Astronauts at NASA Facilities