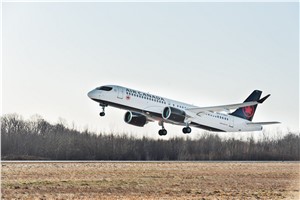 “Today is a special day, and one that adds to the rich history between Pratt & Whitney and Air Canada. The entry into service of the airline’s first A220 aircraft represents an opportunity to expand route networks and the ability to offer passengers a quieter and more comfortable flight experience,” said Rick Deurloo, chief commercial officer at Pratt & Whitney. “We remain committed to supporting aviation growth in Canada and have been proud to work with Air Canada since their inception more than 80 years ago.”

The A220, exclusively powered by the GTF engine, offers double-digit improvement in operating costs compared to current generation aircraft. It’s 20% more fuel efficient and provides a 75% reduction in noise footprint and NOx emissions 50% below the ICAO CAEP 6 regulation.