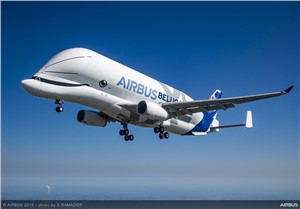 The certificate, awarded by the European Aviation Safety Agency (EASA), marks another milestone for an engine that has been a leading member of the Trent family for almost 25 years.

The Trent 700 has established itself as the clear engine of choice for the Airbus A330, the basis of the BelugaXL design, which has enjoyed a 90 per cent market share over the last four years.

Adair Swan, Rolls-Royce, Trent 700 Programme Director, Civil Aerospace, said: “Certification marks another milestone in an incredible Trent 700 journey that is an integral part of the Trent success story. We are very proud that the Trent 700 will power what will be a deeply-loved aircraft, supporting the delivery of parts to Airbus’ assembly lines across Europe.”

The Trent 700, which first entered service in 1995, has now clocked up more than 50 million engine flying hours – the equivalent of flying around the world more than 1,000 times.

More than 2,000 Trent 700s have been delivered, making it Rolls-Royce’s best-selling engine, and helping the company to increase its widebody market share from 13 per cent in 1995 to nearly 50 per cent today.

Rolls-Royce has drawn on its Trent 700 experience to help create the Trent 7000 engine which powers the Airbus A330neo aircraft. The Trent 7000, the seventh member of the Trent family, incorporates the latest technology from the Trent XWB, the world’s most efficient large civil engine.