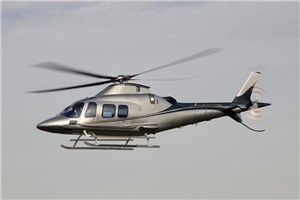 Leonardo builds on its marquee success in South America’s VIP/Corporate multiengine helicopter market while at LABACE, the region’s largest luxury helicopter expo, held August 13 – 15 in São Paulo, Brazil announcing new orders for a total of five units valued at nearly 30 million euro. The company, already a global leader in the VIP multiengine segment with a 40% market share, is leveraging the strong local presence of its products, with over 170 helicopters flying in Brazil and more than 220 in South America, now adding three AW109 Trekker light twins, one AW109 GrandNew and one 1 AW169 intermediate twins.

ICON, the official distributor of Leonardo’s AW109 Trekker in Brazil, has signed firm orders for two units in VIP configuration. Additionally, one more VIP AW109 Trekker and one AW109 GrandNew were purchased by two different private regional operators. The Trekker combines the popular AW109 Grand airframe and large cabin with state-of-the-art Genesys Aerosystems core avionics and skids. These orders strengthen the presence of Leonardo in the key Brazilian helicopter market where the AW109 variants – particularly the AW109 Power, AW109 Grand and GrandNew, have proven popular and successful among many customers for passenger transport duties and other roles. With the AW109 Trekker, the newest light twin in the Leonardo’s helicopter range already successful in other Latin American nations like Chile, Brazilian operators will benefit from an unmatched combination of cost-effectiveness, technology and leading class performance. Over 60 units have been sold to customers worldwide to date to perform a range of roles including VIP/corporate transport, EMS, utility and Law Enforcement.

Brazil has readily embraced the new generation AW169 too. The country is adding one copy, upping the total AW169 VIP fleet to 5 by the end of 2019 which will join a further eight units in service across the Americas by then for VIP and EMS roles. The AW169 features top-notch soundproofing, entertainment systems, and extensive personal customization. Its Auxiliary Power Unit (APU) mode is a victory for safety and comfort, offering complete climate control (heat or cooling) and on-board system use and management while the rotors remain fully stopped. The large cabin seats up to 10 people with room to spare. Over 200 AW169s have been sold to customers worldwide to date to carry out VIP/Corporate transport, EMS/SAR, law enforcement, offshore transport, electronic newsgathering, firefighting, utility and for government/military duties.