A Quantum LEAP in Computing Power 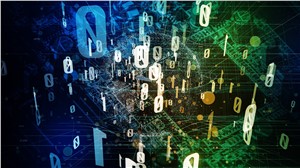 Once thought of as impossible due to its complexity, quantum computing could be a game-changing technology across industries—from science to medicine. In the aerospace industry, quantum computing is showing great potential to solve computational challenges in aircraft modelling, simulation and more.

Are our computers reaching peak processing power? For more than half a century, Moore’s Law—or the observation that the number of components in an integrated circuit will double every two years—has held true. But recent studies are suggesting that this axiom is running out of steam. This is because, by 2040, the world’s computers may need more electricity than is possible to deliver—unless there is a radical shift in power production or computing efficiency.

The answer may lie in quantum computing. This next generation of supercomputers could deliver untold processing power, helping us to solve problems existing computers cannot. In turn, this could radically transform a range of sectors.

"Quantum computing is poised to create a paradigm shift in flight physics. By enabling parallel computations, it will eventually lead to substantial time and cost savings in complex problem-solving" Thierry Botter, Head of Airbus Blue Sky

In the aerospace industry, the range of potential applications for quantum computing is vast. This includes speeding up aircraft design, debugging millions of lines of software code and resolving complex computational challenges. At the same time, quantum computing could also help assess the optimal amount of fuel and speed at which to operate a commercial aircraft, thereby potentially helping the industry to improve its sustainability performance.

Quantum computing: how does it work?
Regular computers make sense of the data we input by processing information in “bits,” which can exist in two states: 0 or 1. In fact, everything from emails to MP3s are essentially long strings of binary digits known as software codes.

Instead of regular bits, quantum computers use quantum bits, or “qubits,” which can exist in any superposition of 0 or 1 states. A qubit can be seen like an imaginary sphere: whereas a regular bit can be at either end of the sphere’s two poles, a qubit can exist at any point on the sphere. A computer using qubits can thus process much more information using much less energy, enabling it to solve problems more quickly.

Consider an aircraft: it can have more than 120 million lines of software code! Verifying and validating this code is a time-consuming and complex process but critical for safe flight operations. Accelerating the verification and validation process could thus unlock significant time and cost savings, improve production efficiency and ensure flight operations are as safe as possible.

To fully exploit the potential of this ground-breaking technology, Airbus is actively forging links to the quantum computing industry. “We want to partner with the best,” Thierry explains. “Our aim is to identify how quantum computing can bring the greatest benefit, changing the way we build and fly aircraft.”

To this end, Airbus Ventures is a seed investor in QC Ware, a cloud-based quantum computing solution provider. And to further accelerate the development and maturity of quantum computing in aerospace, Airbus launched the Airbus Quantum Computing Challenge in January 2019. The competition aims to build bridges to academia and start-ups, enabling participants to work on real industrial cases with Airbus across five areas: computational fluid dynamics; quantum neural networks; and optimisation in wingbox design, and aircraft climb and loading.

Tell a friend:
A Quantum LEAP in Computing Power