A Futuristic Engine for the SCAF 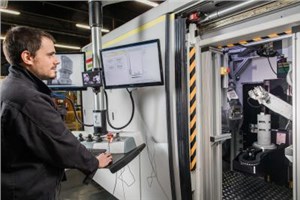 At the start of 2019, Safran and MTU Aero Engines signed an industrial partnership to design and produce an engine for the SCAF, tomorrow’s fighter jet. Stéphane Cueille, the Director of R&T and Innovation, explains its characteristics and the project’s challenges.

What is the SCAF program?
In French, SCAF stands for système de combat aérien du futur: future air fighter system. It is a program that was launched by France and Germany on February 6. The aim is to design a fighter jet that will replace the Rafale and the Eurofighter by 2035. Dassault and Airbus are in charge of producing the architecture and design of the aircraft, the engine of which will be developed jointly by Safran and MTU Aero Engines.

The division of roles between the two engine manufacturers was based on the principle of the ‘best athlete': the aim is that each one works in their field of expertise. Safran is therefore in charge of developing the hot parts and engine integration, and MTU Aero Engines is responsible for the cold parts and the MRO (maintenance, repair and overhaul) services. Other European manufacturers may join the program, depending on different countries' levels of willingness.

What innovations will enhance this engine?
This new-generation fighter jet should be able to both produce strong supersonic thrust and cruise at a low speed over long periods. Its engine should therefore be versatile. It will also be more compact to be lighter, and its thrust—much more powerful than that of the Rafale—will make it possible for the SCAF to carry more weapons. Lastly, it should contribute to the aircraft's stealth. Many innovations will therefore be required. The turbine, for example, which will reach temperatures around 2,100°C, a temperature out of reach for current blade materials and technology. Safran has given itself a research platform for advanced turbine blades to develop sophisticated technology and materials that can withstand these temperatures. The engine should also have a variable cycle—in other words, it should be able to adjust the ratio between the primary and secondary air flows—and have an adjustable nozzle to make the aircraft easier to handle. Another area of innovation that will be explored is about making the engine hybrid to manage on-board energy issues.

What are Safran's challenges in this program?
The Group will have to show its capacity to innovate by developing—for the year 2025—an engine derived from the M88 engine to power the first SCAF demonstration aircraft. The demonstration engine is planned for 2027. The R&T works carried out for the SCAF are also essential for our other programs: they will give rise to technological solutions which, when applied to our future-generation civil engines, will help us stay competitive.

Improvements in view for the M88 engine
The Rafale jet engine will benefit from the works carried out on the engine of tomorrow's fighter jets. It was in this regard that France's defense procurement agency entrusted Safran with an upstream research program, worth 115 million euros over five years to boost the engine's thrust while improving its lifespan.

Tell a friend:
A Futuristic Engine for the SCAF