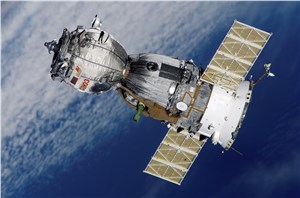 Lockheed Martin has been selected to design, build and operate the spacecraft for NASA's Lucy mission. One of NASA's two new Discovery Program missions, Lucy will perform the first reconnaissance of the Jupiter Trojan asteroids orbiting the sun in tandem with the gas giant. The Lucy spacecraft will launch in 2021 to study six of these exciting worlds.

The mission is led by Principal Investigator Dr. Harold Levison of the Southwest Research Institute in Boulder, Colorado. NASA's Goddard Space Flight Center in Greenbelt, Maryland will manage the mission. The program has a development cost cap of about $450 million.

"This is a thrilling mission as the Jupiter Trojan asteroids have never been studied up close," said Guy Beutelschies, director of Interplanetary Systems at Lockheed Martin Space Systems. "The design of the spacecraft draws from the flight-proven OSIRIS-REx spacecraft currently on its way to a near-Earth asteroid. This heritage of spacecraft and mission operations brings known performance, reliability and cost to the mission."

Lucy will study the geology, surface composition and bulk physical properties of these bodies at close range. It's slated to arrive at its first destination, a main belt asteroid, in 2025. From 2027 to 2033, Lucy will explore six Jupiter Trojan asteroids. These asteroids are trapped by Jupiter's gravity in two swarms that share the planet's orbit, one leading and one trailing Jupiter in its 12-year circuit around the sun. The Trojans are thought to be relics of a much earlier era in the history of the solar system, and may have formed far beyond Jupiter's current orbit.

"This is a unique opportunity," said Dr. Levison. "Because the Trojans are remnants of the primordial material that formed the outer planets, they hold vital clues to deciphering the history of the solar system. Lucy, like the human fossil for which it is named, will revolutionize the understanding of our origins."

NASA's Discovery program class missions are relatively low-cost, their development capped at a specific cost. They are managed for NASA's Planetary Science Division by the Planetary Missions Program Office at Marshall Space Flight Center in Huntsville, Alabama. The missions are designed and led by a principal investigator, who assembles a team of scientists and engineers, to address key science questions about the solar system.