Rise in Criminal and Terrorist Activity Results in Market Gr

Rise in Criminal and Terrorist Activity Results in Market Growth 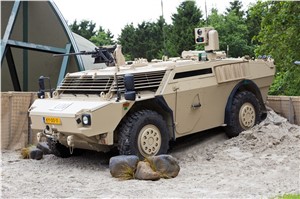 Governments, particularly their police forces, have an obligation to take all necessary measures to defend the human rights of all citizens. As part of their affirmative duty to secure the right to life, the right to physical integrity, and other human rights and basic freedoms, they must protect their jurisdictions from terrorism. As a result, countries must prioritise the prevention of terrorism while still safeguarding human rights and the rule of law. As countries seek more effective measures to prevent terrorism, increased attempts are being made to discover why and when individuals turn to terrorism, how this occurs, and how it might be prevented early on.

Demand for Advanced Technology in Armoured Vehicles
As nations worldwide continue to pursue the modernization of their Armoured vehicle fleets, growing concerns over high intensity warfare and its downstream effects on energy supplies is increasingly shaping the conversation regarding future propulsion systems for Armoured vehicles. Armoured vehicles are notorious for their energy requirements, and as successive modernization programs continue to integrate additional subsystems and modules with legacy platforms, power supply and management issues are becoming more apparent.

Indeed, most Armoured vehicles currently in service rely on high-powered diesel or gas turbine engines, which with each additional survivability upgrade decreases fuel efficiency and mobility as additional armour adds additional weight to the platform. Furthermore, the increased digitization of the battlefield has led to Armoured vehicles being integrated with a growing number of complex electronics and computers. However, the reliance on mechanical energy source, such as a fuel powered generators further decreases efficiency due to the difficulty of optimizing power management and thus creates a need for alternate power sources to support platform electronics.

Developments in Armoured Vehicle Lethality
Over the last few decades, urban combat has tarnished the reputation of Main Battle Tanks, with significant losses in Iraq, Syria, Afghanistan, and Ukraine giving stark lessons about the utility of armoured vehicles in urban warfare. As a result, many countries are attempting to improve the effectiveness of heavy armour in urban battle while keeping the capacity to engage peer targets from a distance. By developing a strategy based on the last conflict, you risk not having the correct approach for the next fight. the tank's traditional duty was to support infantry, but more recently, its primary mission has shifted to neutralise other armoured threats.

Technology Superiority is Increasingly Going to be the Decisive Factor in Future Battles
In future fights, technological dominance will become increasingly important. Technology development for future joint warfighting should aim for a broad-based programme encompassing all defense-related sciences. The aim should be to ensure that superior technology can be developed and transformed into affordable and important military capability while maintaining affordability, timeliness, dual use, technology base, and modular design in mind. This would allow the country's R&D institutes to concentrate on specific capability requirements and devise relevant technologies to meet these requirements. It would be feasible to identify important technologies that are likely to be rejected and direct efforts toward indigenous development of these technologies. The emphasis should be on emerging areas of warfare that have been identified as critical for combined warfighting. Many capabilities in single service specialised areas would be addressed by respective Services and may require inclusion in future revisions of the Services' Plan Documents.

Tell a friend:
Rise in Criminal and Terrorist Activity Results in Market Growth