This news is classified in: Defense Missiles / Rockets Radar / EW 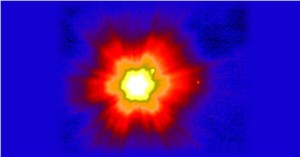 The three-stage MRBM targets feature a “payload” mounted atop Kratos’ proven Oriole rocket motor and two government surplus Terrier Mk-70 rocket motors, while the two-stage SRBM target uses a Kratos Oriole and one Terrier Mk-70, to deliver the respective payloads to specific mission requirements. All four target vehicles, which have an incredibly successful, flight-demonstrated heritage on test and intercept missions for the US Navy and the MDA, executed nominal trajectories while meeting target requirements.

Kratos is a leading provider of products, solutions, and services supporting ballistic missile defense for Aegis, hypersonic testing, atmospheric science research and technology maturation. “Our team works side-by-side with our government customers to deliver transformative and affordable target systems and vehicles from mission inception through successful launch operations. JFTM-07, which was one of our largest recent mission campaigns, is just the latest example,” said Dave Carter, President of KDRSS.  “We are grateful to be able to continue supporting the U.S. DoD and its allies in this very important mission area.”

Eric DeMarco, President and CEO of Kratos, said, “These multiple successful missions with our government partners are representative of Kratos’ industry differentiating ability to rapidly develop and field relevant systems, at an affordable cost, in support of National Security priorities. At Kratos, affordability is a technology, and our mission is to disrupt the traditional procurement and cost model, providing our customers mission relevant products and systems at an affordable cost, enabling rapid, high-volume operations, testing and fielding.