This news is classified in: Defense Cyber Defense / IT Communications 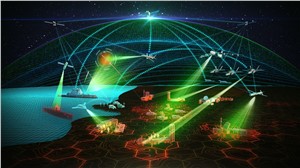 During the exercise, Raytheon BBN’s RIPL system allowed seamless and secure access to content for all users in the network, ensuring users received only what they requested and what they were authorized to see.  By combining advances in AI/ML with advanced disruption tolerance protocols, RIPL was able to overcome the type of limited and intermittent connectivity expected in contested environments, rapidly getting critical content to those who needed it.

Raytheon BBN’s RIPL technology was successfully used to enable secure multidomain interoperability and information dissemination at the tactical edge. RIPL was demonstrated using multiple waveforms and hardware platforms, as well as numerous data formats with both real and emulated components.

RIPL enables the Air Force Combat Cloud vision, which in turn will be a key enabler of the U.S. Air Force’s Advanced Battle Management System and the DOD’s Joint All Domain Command and Control vision.

Work on RIPL is being conducted in Cambridge, Massachusetts.