This news is classified in: Defense Communications Simulation / Training 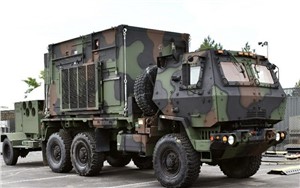 The prototype capabilities are part of a larger TITAN program, a scalable and expeditionary intelligence ground station that will leverage space, high altitude, aerial and terrestrial layer sensors to provide targetable data to commanders at all levels so they can quickly assess threats. The system will also connect the joint force by providing near real-time intelligence using artificial intelligence and machine learning techniques to rapidly deliver fused data from multi-domain sensors to weapon platforms, such as artillery, jammers and airborne systems.