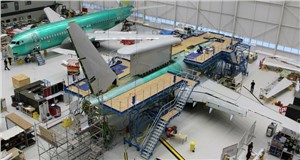 Utilizing an active production line, Northrop Grumman’s MESA sensor provides warfighters with critical domain awareness in all weather conditions. With the flexibility to adapt to missions, threats and environments, this modern Airborne Electronically Scanned Array (AESA) sensor provides 360-degree situational awareness and can be optimized so operators can focus on priority missions, rapidly revisit targets, and pass relevant information to enable timely command and control decisions, and engagement of threats at long ranges.

Australia, Turkey and South Korea have fielded AEW&C systems, with production underway on the second and third systems for the UK’s E-7 Wedgetail AEW&C aircraft. To learn more about the MESA sensor, visit our website.