This news is classified in: Defense Engines / Power / Fuel Helicopters 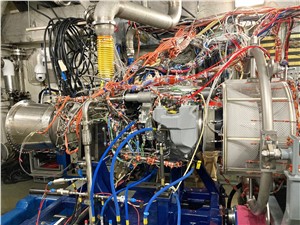 “Testing of the first T901 engine was very successful with the engine accumulating more than 100 hours of run time,” said Tom Champion, GE’s T901 Program Director. “We were impressed with the performance and condition of the engine’s compressor, combustor, and turbine sections as well as the 3D-printed (additive) manufactured parts and ceramic matrix composite (CMC) components.”

A total of eight T901 engines will be part of a multi-year test campaign to the Army Military Airworthiness Certification Criteria standards. These standards will ensure an engine meets the Army’s requirements for design, production, and airworthiness. Once all testing is complete, the T901 engine will have undergone close to 1,500 hours of full-scale ground testing for preliminary flight rating and close to 5,000 hours of testing for full engine qualification.