Embraer's C-390 Millennium debuts at the NATO Days event in 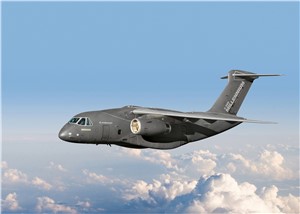 Embraer's C-390 Millennium multi-mission aircraft will debut at the NATO Days event, which takes place from September 17 to 18 in Ostrava, Czech Republic. In addition to the aircraft, Embraer will disclose its complete portfolio for the defense and security markets, with innovative products and solutions that are present in more than 60 countries.

The C-390 Millennium and its aerial refueling configuration, the KC-390, are the new generation of multi-mission military transport delivering unrivaled mobility and cargo capacity, rapid re-configuration, high availability, enhanced comfort, as well as optimal management of reduced operational costs throughout its lifecycle, all on a single platform.

Since the first delivery to the Brazilian Air Force (FAB), the KC-390 Millennium has proven its capability, reliability, and performance. FAB's current fleet of KC-390 stands at five units. The fleet has already exceeded 6,800 flight hours in operation, with a 99% mission completion rate and more than 80% of operational availability, demonstrating excellent availability and productivity in its category.

In June 2022, the Netherlands Ministry of Defense announced the selection of the C-390 Millennium to replace the current fleet of C-130 Hercules. The Netherlands, which will have a fleet of five C-390s, highlighted the aircraft’s performance and operational output in the selection.

The Portuguese Armed Forces and the Hungarian Defense Forces will begin operations with the KC-390 in 2023 and 2024, respectively. The two countries' fleets will be capable of performing aerial refueling and be fully NATO compatible, not only in terms of hardware, but also in avionics and communications. The Hungarian Defense Forces fleet will be the first in the world to have the Intensive Care Unit configuration, an essential feature for carrying out humanitarian missions.

Tell a friend:
Embraer's C-390 Millennium debuts at the NATO Days event in the Czech Republic