The agreement supports the U.S. Air Force's rocket cargo project which is exploring new transport concepts for sending supplies and equipment across Earth via space 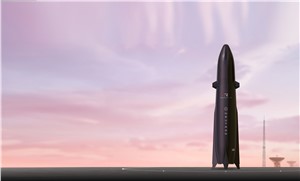 Rocket Lab USA, Inc. today announced that it has signed a Cooperative Research and Development Agreement (CRADA) with the United States Transportation Command (USTRANSCOM) to explore the possibility of using the Company’s Neutron and Electron launch vehicles to transport cargo around the world. The agreement will also see Rocket Lab explore using Photon spacecraft to establish on-orbit cargo depots and deliver re-entry capability.

The CRADA enables the collaborative investigation between USTRANSCOM and Rocket Lab to explore Neutron, Electron and Photon capabilities, informing the Rocket Cargo program led by the Air Force Research Laboratory (AFRL) and the U.S. Space Force. Rocket Cargo is one of the Air Force’s Vanguard programs designed to advance emerging systems and concepts through prototyping and experimentation to deliver remarkable new capabilities. The program seeks to explore the viability of space launch to deliver improvements in delivery cost and speed compared to existing air cargo operations.

“Point-to-point space transportation offers a new ability to move equipment quickly around the world in hours, enabling a faster response to global emergencies and natural disasters.,” says Rocket Lab founder and CEO, Peter Beck. “Electron is already a proven and reliable launch vehicle and we’ve demonstrated its adaptability with programs like reusability and our recent CAPSTONE mission to the Moon for NASA, so we’re no stranger to exploring expanded use cases for Electron. Neutron builds on Electron’s capability with a much larger payload capacity, and it’s designed for frequent reflight, making it a perfect fit to enable fast deployment of vital resources while eliminating the en-route stops and air refueling required by air cargo solutions. Topping it off with Photon cargo depots on orbit provides a well-rounded approach to the future of rapid global deployment. We’re excited to be collaborating with USTRANSCOM on this forward-thinking, innovative research program that could ultimately shift the way the Department of Defense considers logistics response options.”

“Rocket Lab USA will help the Federal government understand commercial rocket capabilities for future logistics missions,” added Mr. Jamie Malak, the CRADA’s government project lead at AFRL.  “USTRANSCOM and its global Combatant Command customers have been constrained to logistics at the speed of conventional aircraft—or often far less—for their entire history.  Now we can look to transport critical military cargo an order of magnitude faster than ever before.  We will explore how to integrate rocket cargo systems in Defense logistics processes and how to make space transportation a reliable and practical option for operations of the future.”

Tell a friend:
Rocket Lab Signs Agreement with USTRANSCOM to Explore Using Neutron and Electron Rockets to Deliver Cargo Around the World