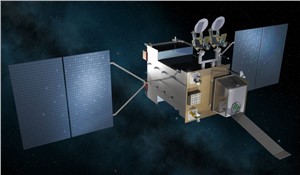 “We are excited to continue our long-term partnership with Lockheed Martin by powering the Next Gen OPIR GEO satellites,” said Brad Clevenger, Rocket Lab’s Vice President & General Manager, Space Systems Power Solutions. “These satellites are critical to the mission needs of the United States Space Force and our national security, and we are proud to be supporting their production on an aggressive schedule.”

Rocket Lab’s CICs will be integrated into the solar panels and arrays on the Lockheed Martin-designed and built spacecraft. The spacecraft recently successfully passed critical design review, a major milestone in becoming certified for space. The first of the three satellites is scheduled to launch in 2025.

Founded in 1998 and acquired by Rocket Lab in January 2022, Albuquerque, New Mexico-based SolAero has produced solar cells, solar panels, and composite structural products for more than 1,000 successful space missions with 100% reliability. Over the past two decades, SolAero’s products have played key roles in some of the industry’s most ambitious space missions, including supplying power to NASA’s Parker Solar Probe, James Webb Space Telescope, and Mars Insight Lander, as well as several Cygnus Cargo Resupply Missions to the International Space Station.