How has COVID-19 Had a Significant Impact on the Directed Energy Weapons Market? 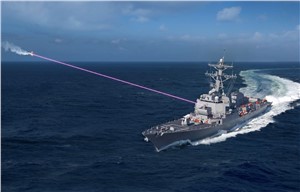 How has COVID-19 had a Significant Impact on the Directed Energy Weapons Market?
The COVID-19 pandemic has greatly damaged several economies of many regions across the globe. It has also affected the production of systems, subsystems, and individual components for directed energy weapons. The development of directed energy weapons has temporarily been put on hold, despite the fact that they are crucial for national integration and of the highest concern. However, owing to numerous advantages and capabilities over traditional weapons such as precision engagement, speed of light delivery, logistical benefits, and controlled effects, will prove favorable for the DEW market progression.

How will this Report Benefit you?
This 287-page report provides 115 tables and 177 charts/graphs. Our new study is suitable for anyone requiring commercial, in-depth analyses for the global directed energy weapons market, along with detailed segment analysis in the market. Our new study will help you evaluate the overall global and regional market for Directed Energy Weapons. Get the financial analysis of the overall market and different segments including technology, platform, application, product, and range and capture higher market share. We believe that high opportunity remains in this fast-growing directed energy weapons market. See how to use the existing and upcoming opportunities in this market to gain revenue benefits in the near future. Moreover, the report would help you to improve your strategic decision-making, allowing you to frame growth strategies, reinforce the analysis of other market players, and maximise the productivity of the company.

What are the Current Market Drivers?

DEW Offers Operational Flexibility
The warfighter has a variety of options due to the integration of various DE weapon systems into a variety of air, land, sea, and possibly space-based platforms. They may be deployed in the front or operated from the back, and their missions may be defensive or offensive, depending on how they are configured. Some weapons can be changed repeatedly to produce different effects during a specific conflict. While some DE weapon types require suitable weather conditions, others might be able to operate in any weather. DE weapons may occasionally be able to perform multiple tasks in addition to being a weapon, such as surveillance, navigation, communication, targeting, or another function.

Numerous Advantages Associated with Directed Energy Weapons
The presence of a manipulable radio frequency (RF) or optical coupling path into the target system has a typically considerably smaller impact on the effectiveness of directed energy weapons (as is the case for conventional EW systems). In recent years, interest in High-power microwaves (HPM) and High-energy laser (HEL) has increased significantly. Despite having somewhat high development and installation costs, they also produce extremely low engagement costs once directed energy weapons are in use, resulting in a very low cost-to-benefit ratio. This indicates that it will cost much less to defeat a target with directed energy than it will to purchase the target. In various ways, HPM weapons are different from conventional electronic warfare systems. They can affect a target even while adversary systems are off, unlike EW systems, and their effects persist after the exposure has ceased.

Tell a friend:
How has COVID-19 Had a Significant Impact on the Directed Energy Weapons Market?