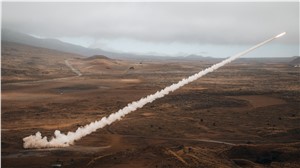 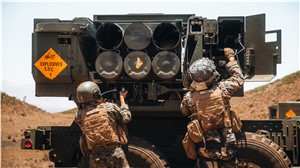 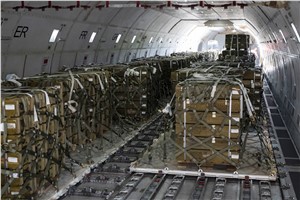 The Defense Department has announced another package of security assistance for Ukraine, which will include additional High Mobility Artillery Rocket Systems, ammunition and a substantial number of Phoenix Ghost unmanned aerial systems.

This latest package includes about $175 million in equipment pulled from existing U.S. military stocks through presidential drawdown authority and $95 million in equipment from the Ukraine Security Assistance Initiative, or USAI fund, said a senior defense official during a background briefing at the Pentagon.

Included in the latest presidential drawdown authority package are four additional HIMARS systems, which will give Ukraine a total of 16; four command post vehicles; additional anti-armor weapons, spare parts and other gear; and 36,000 rounds of 105 mm ammunition.

"This is ammunition that is actually going to support a donation that the United Kingdom is making of Howitzers, and this is something that we do quite frequently where we match countries that maybe have one part of a capability with another donor country to create a complete capability for the Ukrainians," the senior defense official said. "It's something that EUCOM has been facilitating through their cell in Stuttgart, Germany."

As part of the $95 million USAI outlay, the Defense Department has also committed to sending as many as 580 additional Phoenix Ghost tactical unmanned aircraft systems to Ukraine. Under USAI, these systems will be purchased from manufacturers so they can then be delivered to the Ukrainian military.

"The Ukrainians have been making excellent use of the Phoenix Ghost system," the senior defense official said. "This action allows us to go out and procure from industry additional capability. That's where USAI is different from drawdown -- this is actually a procurement action. And with the Phoenix Ghost system, what we'll be able to do is ensure steady deliveries of this capability starting in August to ensure that the Ukrainian Armed Forces have a continual supply of this capability."

While Russian advances in Ukraine are slow — and costly — there's also evidence that Russian morale is retreating, said a senior military official.

"We continue to see increased signs of discipline and morale problems in the Russian army," the military official said.  "The Ukrainian will continues to be incredibly strong. And what we're seeing is that will kind of ... push the Russians around pretty decently."

When it comes to Russian morale, the official said there are many reports that detail soldiers at all levels deserting posts or refusing to fight.

"We continue to see that in reflections and conversations with Ukrainians that affirm that," the military official said.