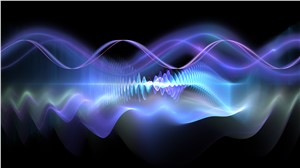 HII’s (NYSE: HII) Mission Technologies division has been awarded a task order to provide spectrum assessments across technical, policy and strategy areas for the Department of Defense Chief Information Officer.

“Spectrum” refers to the range of invisible radio frequencies across which wireless signals travel. Consumers rely on spectrum for daily interactions including calls and the use of apps from mobile devices. The U.S. military relies on spectrum for performance of critical capabilities including military communications, navigation, radar and nonintrusive inspection of aircraft and other equipment. The Defense Department also relies on electromagnetic spectrum for intelligence, surveillance, and reconnaissance applications such as missile early warning and signals intelligence.

“HII’s spectrum engineers and policy experts have supported the DOD and commercial carrier spectrum bandwidth for more than 65 years,” said Garry Schwartz, president of HII’s Mission Technologies C5ISR business group. “This award reaffirms the strength in our partnership as we continue to accelerate our nation’s electromagnetic spectrum superiority strategy.”

The five-year contract was a recompete win for HII and will have a value of $44 million if all years are exercised. HII was awarded this contract under the Department of Defense Information Analysis Center’s multiple-award contract awarded by the U.S. Air Force's 774th Enterprise Sourcing Squadron.