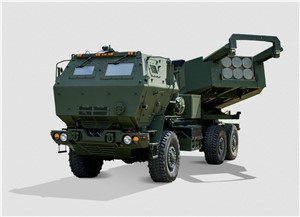 The State Department has made a determination approving a possible Foreign Military Sale to the Government of Estonia of M142 High Mobility Artillery Rocket System (HIMARS) and related equipment for an estimated cost of up to $500 million. The Defense Security Cooperation Agency delivered the required certification notifying Congress of this possible sale today.

This proposed sale will support the foreign policy and national security of the United States by improving the security of a NATO Ally that continues to be an important force for political stability and economic progress in Europe. This sale is consistent with U.S. initiatives to provide key allies in the region with modern systems that will enhance interoperability with U.S. forces and increase security.

The proposed sale will contribute to Estonia’s military goals of updating capability while further enhancing interoperability with the United States and other allies. Estonia intends to use these defense articles and services to modernize its armed forces and expand its capability to strengthen its homeland defense and deter regional threats. Estonia will have no difficulty absorbing this equipment into its armed forces.

The principal contractor will be Lockheed Martin, Grand Prairie, TX. There are no known offset agreements proposed in connection with this potential sale.

Implementation of this proposed sale may require the assignment of approximately fifteen (15) U.S. Government representatives and up to fifteen (15) contractor representatives to Estonia at any given time, during the delivery, training, integration, and testing of the HIMARS capability.