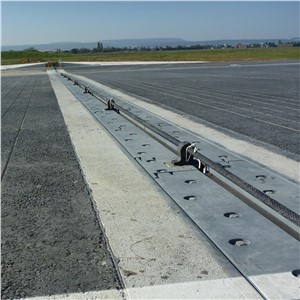 Curtiss-Wright Corporation (NYSE: CW) today announced that it has completed the acquisition of the Safran Aerosystems Arresting Company (SAA) for $240 million in cash. SAA is a designer and manufacturer of mission-critical, fixed-wing aircraft emergency arresting systems with a strong installed base of more than 5,000 systems worldwide including sales to more than 70 countries.

The acquisition of the Safran arresting systems business firmly establishes Curtiss-Wright as a leading global supplier of fixed-wing aircraft recovery and arresting systems, and increases the breadth of the Company’s global defense portfolio as approximately 75% of SAA’s sales are generated outside of the U.S. and support many NATO partners. SAA’s safety systems have a strong alignment to and are a logical adjacency with Curtiss-Wright’s existing helicopter landing and recovery systems, and the combination provides an opportunity to leverage our combined, long-standing relationships with leading defense customers supporting critical defense platforms.

The business will operate within Curtiss-Wright's Naval & Power segment. The acquisition supports Curtiss-Wright's financial objectives for long-term profitable growth and strong free cash flow generation. SAA generated sales of approximately $70 million in 2021, and it is expected to be accretive to Curtiss-Wright's adjusted diluted earnings per share in its first full year of ownership and produce a strong free cash flow conversion rate well in excess of 100%. The Company will update its 2022 financial guidance to include SAA’s contribution when it issues its second quarter 2022 results.