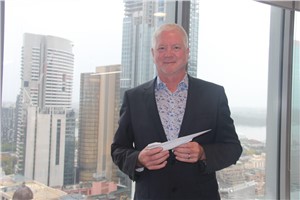 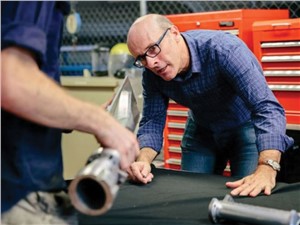 On the 21st of April 2022, the Australian Federal Government announced the successful applicants of the Modern Manufacturing Initiative (MMI) Defence Translation stream.

Since the first official announcement by Hypersonix to develop DART AE in November 2021, the global interest in the Australian company has grown.

With this latest grant award, Hypersonix Launch Systems secured funding for the 3D printed version of DART, DART AE, which is scheduled for launch in 2023.

In addition, the recently announced A$2.95 million Cooperative Research Centres Projects grant from the Australian federal government (awarded to Hypersonix and its partners in late March 2022) for the re-usable high temperature composite version of DART, DART CMP, builds on the successful completion of the Department of Industry, Science, Energy & Resource’s Accelerating Commercialisation Grant for the build of a prototype scramjet engine and fuel system, completed in March 2022.

According to David Waterhouse, Managing Director and Co-Founder of Hypersonix: “With Hypersonix Launch Systems being awarded this major grant, the Hypersonix team is ‘over the moon’ and the MMI grant will provide a catalyst to our growth in Australia and ability to grow Australia’s export market in this key area of Aerospace technology.”

Michael Smart, CTO, Head of R&D and Co-Founder adds: “The team is extremely proud that our MMI grant application for the build and launch of DART AE has been successful. It gives us the necessary funding to quickly progress our core scramjet technology that has been fully developed in Australia.”