This news is classified in: Defense Missiles / Rockets Protection 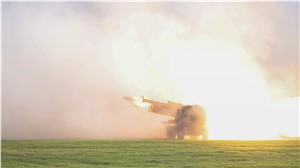 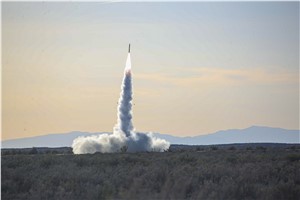 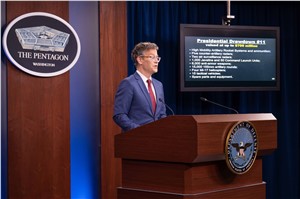 As part of the latest presidential drawdown package for Ukraine — this one worth $700 million dollars — the Defense Department has included four M142 High Mobility Artillery Rocket Systems, or HIMARS.

The M142 HIMARS system allows for the launching of multiple, precision-guided rockets. Along with the HIMARS system, the department is also including the Guided Multiple Launch Rocket System to be used with HIMARS. Those rockets are capable of hitting a target more than 40 miles away.

"These are precision guided systems with extended range," he said. "For high value targets, that, that allows them to keep some of the pressure off of Ukrainian forces on the front, [which] we think these systems will be very useful."

To ensure the most rapid delivery of HIMARS systems to Ukraine, Kahl said DOD pre-positioned systems inside Europe in anticipation of the president's decision to approve their transfer to Ukraine.

Before that transfer happens, Kahl said, the U.S. will provide training on the system to both Ukrainian users and maintainers.

"These, of course, are systems that the Ukrainians need to be trained on," he said. "We think that'll take around three weeks. They need to know not just how to use the systems, but, of course, how to maintain the system — so, think of logistics, maintenance, things like that. So, it'll be a number of weeks until that training is complete."

The latest equipment package for Ukraine will likely not be the last, Kahl said.

"We will continue to closely consult with Ukraine and surge additional available systems and capabilities in support of its defense," he said.

Since the unprovoked invasion of Ukraine by Russia on February 24, the U.S. has provided $4.6 billion in assistance to Ukraine. Recently, Congress approved, and the president signed, an additional $40 billion in support to Ukraine — $8 billion of that is for additional presidential drawdown authority.

But the U.S. isn't the only nation helping the Ukrainians defend their sovereignty.

"Even as we continue to provide vital assistance, I would be remiss if I failed to recognize and commend our allies and partners from more than 40 countries who have joined us to continue supporting Ukraine with heavy weapons, munitions and other vital security assistance," Kahl said. "Our support for Ukraine and that of the international community remains unwavering."