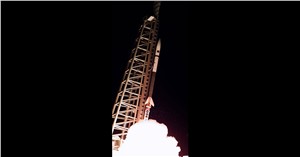 “GA-EMS’ long-established cooperative relationship with the Army, Navy and Sandia National Labs has been key to the design and advancement of hypersonic weapons technologies,” stated Scott Forney, president of GA-EMS. “Test flight demonstrations such as this are a critical part of the process toward verifying and inserting this technology into future hypersonic weapon systems. We are pleased the AFTUs performed successfully, advancing the readiness of the AFTU technology. This represents a major step in proving the AFTU’s capability to successfully operate in the hypersonic environment for which they were designed.”

GA-EMS’ state-of-the-art AFTU offers greater flexibility to assure flight safety for missiles launched for space applications or military weapons testing. Integrated aboard a missile, the AFTU takes a pre-launch defined mission profile and compares it with what the launched missile experiences as it flies. If the flight profile rules or boundaries are violated during flight, the AFTU will command the vehicle to destruct. The AFTU’s compact, lightweight design reduces the size, weight, and power requirements aboard the test vehicle.

“The missile and space flight industry must provide a means of preventing a launch or aeronautical vehicle and its hazards, including any payload hazards, from reaching any populated or other protected area in the event of a vehicle failure,” continued Forney. “Our AFTUs provide the flexibility to operate independently or can be paired to operate together to share data, with the ability to continue the flight should one fail, thus increasing mission assurance.”