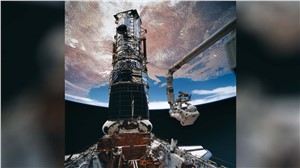 "KBR is excited to continue to support the Department of Defense, particularly its combatant commands, through the ASTRO contract," said Stuart Bradie, KBR President and CEO. "The number of pools awarded to KBR shows the depth and breadth of our global expertise and the evolution of our business to address new and emerging threats with innovative solutions."

Each contract has a five-year base, with the option to extend five more years. There is no maximum dollar ceiling for the ASTRO contract as a whole or for each individual pool, though the contract is estimated to be in the multi-billion-dollar range.

KBR is proud to be a leader in advancing air, space, cyber, and missile defense systems for the U.S. military. As the team behind the mission, customers rely on KBR. Our subject matter experts are sought after to test, integrate and maintain new technologies and solve traditional problems, such as how to reduce critical military equipment downtime and extend the life of legacy systems.