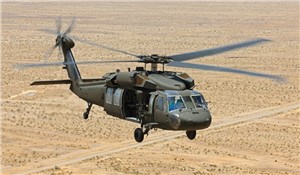 The Morrison Government has taken steps to strengthen the Australian Army’s helicopter capability by formally requesting advice from the United States Government on the acquisition of up to 40 UH-60 Black Hawk to potentially replace the MRH90 Taipan helicopter.

Minister for Defence the Hon Peter Dutton MP said the MRH90 Taipan is currently used by the Australian Army as its utility helicopter, including support to Special Operations, and provides a maritime support capability for the Royal Australian Navy.

“Defence uses its helicopters to support a range of operations. This includes humanitarian aid and disaster relief domestically and in the Indo-Pacific region, and to support our troops in combat operations,” Minister Dutton said.

The MRH90 helicopter fleet has not met contracted availability requirements nor the expected cost of ownership ahead of its planned withdrawal from service in 2037.

“The performance of the MRH90 Taipan has been an ongoing and well-documented concern for Defence and there has been a significant effort at great expense to try to remediate those issues,” Minister Dutton said.

“It is critically important there is a safe, reliable and capable utility helicopter available for our service men and women into the future, with reasonable and predictable operating costs.”

To support the development of detailed options, the Australian Government has requested information from the United States Government on the UH-60M Black Hawk as an alternative platform to the MRH90 Taipan.

The UH60 Black Hawk is the most widely used utility helicopter variant in the world. The UH60M is the latest version and has been in service with the US Army and other nations for over a decade.

“The Australian Government is exercising its right to understand what options are available to provide the necessary capability at a reasonable cost into the future,” Minister Dutton said.

The options will still be subject to Government consideration once all the relevant information is available.