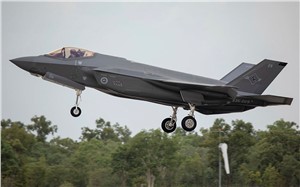 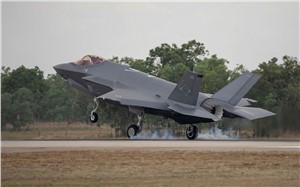 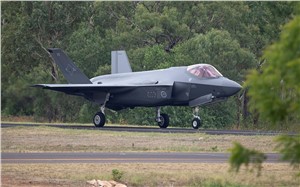 Four F-35A Lightning II aircraft have touched down at RAAF Base Tindal after the base was certified ready for F-35A operations. The F-35A, which will be permanently based in the Northern Territory has replaced the F/A-18A/B Classic Hornet that was operated by No. 75 Squadron for 33 years.

Minister for Defence the Hon Peter Dutton MP said No. 75 Squadron would operate the fifth-generation multirole fighter jets from the Top End; a strategically important location for national defence and a hub for regional engagement.

“The Morrison Government is continuing to invest in RAAF Base Tindal in order to increase the reach of our Air Force capabilities in the Indo-Pacific.

“The F-35A-equipped 75 Squadron will capitalise on frequent opportunities to bolster interoperability with US rotational aircraft deployments, and other Enhanced Air Cooperation activities that will take place in the Top End as announced at this year’s AUSMIN.

“By the time the Air Force is scheduled to declare F-35A Final Operational Capability in December 2023, sixteen of the fifth-generation multi-role fighters will be based at Tindal, and they will be well practiced at operating with our partners in the region.

Minister Dutton also acknowledged the successful collaboration between Defence and industry over many years to stand-up Tindal for F-35A operations.

“I congratulate Defence and our industry partners on achieving this significant milestone on schedule, while managing the complexities associated with a global pandemic.

“The F-35 Program Prime Contractor, Lockheed Martin is supporting aircraft maintenance at the base, and Defence are worked closely with F135 engine manufacturer Pratt & Whitney to ensure Tindal is effectively set up for long-term engine maintenance.

“These companies will help sustain the F-35A capability for many years, creating long-term economic benefit in the Northern Territory.”

Tell a friend:
1st F-35As Arrive at RAAF Base Tindal