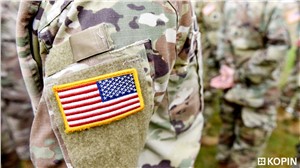 Kopin ® Corporation, a leading developer and provider of high-resolution microdisplays and display modules and subassemblies for defense, enterprise, consumer and medical products, today announced it has received a $19.8 million order for its eyepiece subassembly which is a critical component in the US Army's Family of Weapon Sight-Individual (FWS-I) thermal sight system.

"To-date we have received production orders totaling more than $50 million for our FWS-I eyepiece subassemblies which is a testament to Kopin's success in designing and manufacturing very complex microdisplay modules and subassemblies that are used in the most rugged environments," said Bill Maffucci, Kopin's Vice President/General Manager of Government and Professional Products. "We are proud to provide our defense customers with the best possible equipment."