Aegis Ashore in Poland on Target for 2022 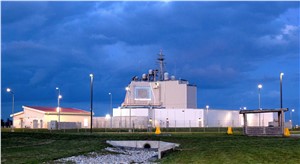 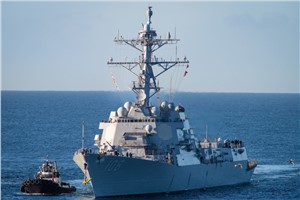 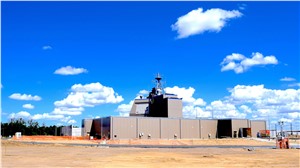 The Aegis Ashore capability planned for Poland is moving ahead to be operational by the end of next year, said the program executive officer for Aegis Ballistic Missile Defense.

The Aegis Combat System was originally designed as a shipboard system to track and destroy incoming enemy targets, but now the system has also been deployed for use on land, as "Aegis Ashore."

Already an Aegis Ashore capability is up and running in Deveselu, Romania, about 90 miles from Bucharest. The site, which is under the control of NATO, has been in operation for more than five years now.

A site similar to the one in Romania is also planned for Redzikowo, Poland, near the Baltic Sea. But that site has been delayed due to construction issues — though efforts are now underway to get the site operational by the end of next year.

"My part, which is to install the Aegis Weapon System, has been delayed as we work the military construction with our contractors," said Rear Admiral Tom Druggan during a discussion on Thursday at the Center for Strategic and International Studies in Washington, D.C. "We are behind, given the original schedule, no question about that. The good news is we're getting the quality we want for a facility that's going to be there 50 to 75 years, and we now have the right management in place in order to move ahead and complete this."

Over the summer, Druggan said, the Aegis system in Poland was pulled out of storage there and assembled to test it's operations.

"We ... put the whole weapon system together with the exception of the antennas," he said. "We energized it. And the equipment had been in the containers for a while. We found some issues — [but the] good news is we fixed them. And then we did an upgrade, which is saving time from a future availability. So that system is actually our most upgraded system today, ready to be installed."

In an unusual move, Druggan said, the Aegis Ashore capability in Poland is now being set up as the infrastructure on the ground to support it becomes available. He said antennas for the AN/SPY radar system have already been set up.

"We're installing the backbone of the radar behind it," he said. "We've installed some [command, control, communications, computers and intelligence] systems. And we're going to keep installing our pieces in parallel to the commissioning of all the industrial equipment, power, cooling, ventilation, that's going on, on the construction side."

Normally, he said, installing an Aegis system wouldn't happen until all the supporting construction was complete.

"I made the decision long ago that we were not going to wait," he said. "We were going to do what we could, when we could, based on the conditions within the deckhouse. That has proved to be a successful strategy. And now we've got good momentum."

Druggan said he expects the Aegis Ashore site in Poland to be operational by the end of 2022, and at that point the transition of the system can happen first to the Navy, then to U.S. European Command, and finally to NATO.

Tell a friend:
Aegis Ashore in Poland on Target for 2022