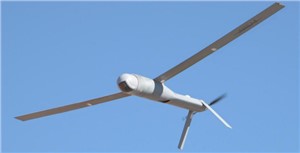 Metamaterials are composed of unit cells that are much smaller than the operating wavelength, allowing for greater manipulation of light. Early examples of metamaterials were used to design and build multifunctional elements that seemingly defied standard “laws” of reflection and refraction. These were limited in efficiencies and in sizes less than a millimeter, prohibiting their integration into optical systems. EXTREME addressed these challenges by improving efficiencies of lenses based on metamaterials, expanded their apertures to centimeter-scale, developed methods to reduce the effect of optical aberrations, and explored new optical design space and associated tradeoffs in size, weight, and power (SWaP) afforded by such metalenses.

The program kicked off in 2016 with multiple performers developing centimeter-scale metamaterials-based optics (metaoptics) and tools to design them. The program was soon able to enable revolutionary improvement in SWaP characteristics of traditional optical systems as well as allow for multiple imaging applications from a single lens.

“Through the NGA effort, AFRL developed unique capabilities using EXTREME technologies to characterize the optical performance of novel meta-optics and developed new insights into how they could be integrated into a full imaging system,” said Rohith Chandrasekar, program manager in DARPA’s Defense Sciences Office. “This work was also supported by Sandia’s MIRAGE tool, which is a first-of-its-kind capability developed under DARPA EXTREME and NGA Metalenses programs, that exploits symmetries to enable large-scale metalens design and optimization to meet performance metrics.”

ICES is exploiting discoveries made under EXTREME to enable mounting multifunction sensors on low-cost platforms, such as UAS, to be deployed in contested environments. These smaller platforms have more stringent volume constraints and weight restrictions than legacy platforms, so adding a new sensor usually requires removing an existing one. The introduction of compact metalenses and planar optics for EO/IR capabilities disrupts the trade space, potentially enabling multiple sensors on a single platform, thus increasing capability.

AFRL is relying on EXTREME technology to modify the EO/IR systems on two developmental platforms: the XQ-58 and ALOBO. For the XQ-58, AFRL is looking to reduce the volume of existing sensors to make room for additional sensors. For ALOBO, AFRL is modifying the tube-launch compatible gimbal system. Advances in optics by DARPA and NGA allow AFRL to realize new trade space for the gimbal with either 10x reduction in SWaP while maintaining current performance or 4x improvement in resolution at current SWaP requirements.

“Our close partnership with DARPA and the performers on the EXTREME program has enabled us to rapidly mature and demonstrate new technology for optical systems, which increases imaging system performance to address future system needs where conventional optics cannot meet performance or cost requirements,” said Paul Fleitz, ALOBO team lead in AFRL’s Aerospace Systems Directorate. “Transitioning this technology and design tools developed under the EXTREME program to AFRL SDCP programs has dramatically accelerated the development and demonstration of this technology and increased the impact of the development program.”

EXTREME is a critical example of a successful partnership between DARPA, NGA, and AFRL to provide rapid transition from basic research to fieldable next-generation technology to support the warfighter.