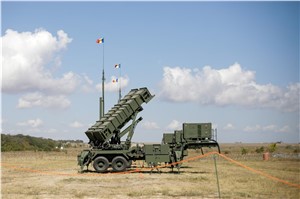 The missile defense system market size is projected to grow from USD 23.9 billion in 2021 to USD 29.7 billion by 2026, at a CAGR of 4.4% from 2021 to 2026. The market is driven by various factors, such as increasing defense programs of nations to protect against various threats, significant investments in indigenous missile defense systems, increasing need for missile detection systems, and increasing use of early warning systems for potential air and missile attacks.

Increasing defense programs of nations to protect against various threats will drive the market
The performance of the US’s weapon systems is unmatched, ensuring a tactical combat advantage for the US military over any adversary. The Fiscal Year (FY) 2020 acquisition (Procurement and Research, Development, Test, and Evaluation (RDT&E)) funding requested by the US Department of Defense (DoD) totals USD 247.3 billion, which includes funding in the Base budget and the Overseas Contingency Operations (OCO) fund, totaling USD 143.1 billion for Procurement and USD 104.3 billion for RDT&E. The funding in the budget request represents a balanced portfolio approach to implement the military force objective established by the National Defense Strategy. Of the USD 247.3 billion in the request, USD 83.9 billion finances Major Defense Acquisition Programs (MDAPs), which are acquisition programs that exceed a cost threshold established by the Under Secretary of Defense for Acquisition and Sustainment.

According to the Missile Defense Agency, there has been an increase of over 1,200 additional ballistic missiles over the last 5 years. The number of ballistic missiles outside the US, the North Atlantic Treaty Organization, Russia, and China has risen to over 5,900. Hundreds of launchers and missiles are currently within the range of US defense.

The North American market is projected to contribute the largest share from 2021 to 2026
North America is projected to be the largest regional share of missile defense system market during the forecast period. Major companies such Northrop Grumman Corporation , Lockheed Martin, Boeing, Raytheon Technologies, and General Dynamics Corporation are based in the US. These players continuously invest in the R&D of new and advanced technology used in missile defense system.