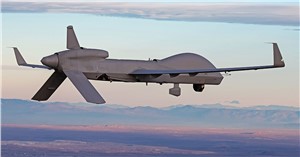 “MOSA implementation on GE-ER Increment 2 supports rapid integration of best of breed capabilities,” said GA-ASI Vice President of Army Programs Don Cattell. “We share the Army’s vision for MOSA and want to help them create a system that makes interfacing from all platforms and users as easy as possible.”

MOSA for GE-ER Inc. 2 has an exceptional return on investment for the Army. On the aircraft, MOSA will enable rapid integration of advanced payloads, communication equipment, along with Artificial Intelligence and Machine Learning (AI/ML) capabilities. This will reduce the sensor to shooter timelines, while simultaneously reducing the datalink bandwidth requirements in a contested environment, thus increasing range and resiliency.

The ‘edge processing’ capability will maximize the utility of the Medium Altitude aircraft providing, in near real time, threat Detection, Identification, Location and Reporting (DILR) to the U.S. Army and Joint Force. Furthermore, the software components are being designed to be portable to other manned and unmanned aircraft systems the Army is developing, enhancing capability while reducing cost.

For the C2 suite on the ground, MOSA implementation will separate the Human Machine Interface (HMI) from the software business logic and will decrease the time associated with interfacing with evolving communication capability in the Joint and multi-national environment. This will allow the Army to tailor the HMI for each platform and minimize regression testing, a capability the Army has never had before.

GA-ASI is currently testing the MOSA components on a simulator with plans to begin flight testing early next year, along with other industry and government partners selected by the U.S. Army.