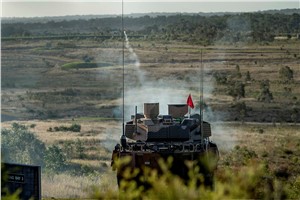 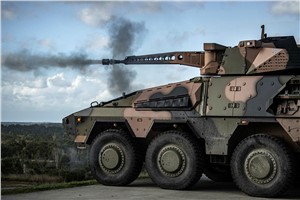 Minister for Defence Industry Melissa Price today announced Thales would draw on its extensive experience and Australian supplier base to assist with the manufacture of components for the Boxer’s 30mm cannon.

The components will then be assembled at Rheinmetall’s Military Vehicle Centre of Excellence in Redbank, Queensland, officially opened by Prime Minister Scott Morrison in October last year.

“This contract is a great testament to the Morrison Government’s commitment to strengthening Australia’s sovereign defence industrial capability and maximising opportunities for local business in defence manufacturing,” Minister Price said.

“Australian industry will play a vital role in the delivery of the Boxer vehicles.

“Rheinmetall will use suppliers across the country to design, build, assemble, test and support the Boxer vehicles for the Army.

“We are backing Aussie businesses and supporting local jobs.”

Minister for Veterans’ Affairs and Defence Personnel Andrew Gee welcomed the announcement, which is a boon for jobs and investment in the Lithgow community.

“More than a century later, the tradition of the Australian Defence Force employing not only Australian-made but Lithgow-made weapons continues, with Thales Australia to deliver 30mm cannon components for the new Boxer 8x8 Combat Reconnaissance Vehicles.

“First samples of the weapon components manufactured by Thales Australia in Lithgow have been given the green light, passing stringent quality control checks by Rheinmetall in Germany.

“The manufacturing partnership will create about 10 new jobs and provide support for the 130 jobs already at the Lithgow site.

“The Lithgow Arms Factory is part of the fabric of the Lithgow region, and plays a key role in our national defence capability, ensuring our ADF personnel have access to world-class military weapons.”