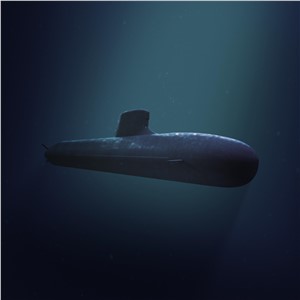 Thales takes note of the decision by the Australian authorities to acquire a fleet of nuclear-powered submarines in the framework of a new strategic security partnership with the United States and the United Kingdom. As described by the Australian government, this decision is motivated by accelerating changes to regional security that make conventional submarines unsuited to Australia’s future operational needs. It is leading Australia to no longer proceed with the AFS (Australian Future Submarine) program to build new generation conventional submarines.

From a financial point of view, Thales is exposed to this program at 2 levels: as a supplier of subsystems to Lockheed Martin, and as a 35% shareholder of Naval Group.

At 30 June 2021, the corresponding order book with Lockheed Martin is not material at the scale of Thales, since it amounts to less than €30 million, ie less than 0.1% of the total order book of €34.6 billion.

In consequence, Thales confirms all its 2021 financial targets, as announced on 4 August 2021:

Thales confirms as well its medium-term outlook for the Defense & Security segment (annual organic sales growth between 4 and 6%, EBIT margin between 12 and 13%) as well as for the entire Group, targeting a 12% EBIT margin in the medium-term.