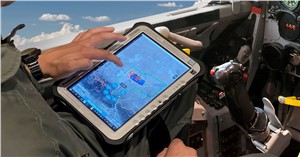 The Avenger flight originated from GA-ASI’s Desert Horizon facility in the Mojave Desert and the King Air took off from Montgomery Airport in San Diego. The demo lasted for approximately two hours. The successful test proves the ability for GA-ASI MUM-T to command airborne assets while autonomously executing behaviors and missions that provide increased awareness and effectiveness to the warfighter.

“Autonodyne was thrilled to work with GA-ASI to leverage our previous work in MUM-T C2 and apply it to such an impressive air vehicle,” said Autonodyne CEO Steve Jacobson. “Tactical control combined with powerful autonomy capabilities is critical to providing our warfighters the tools they need now.”