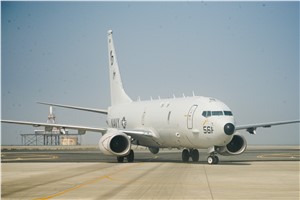 “Among many, the primary strategies used to help tackle the issues to support this initiative were continuous communication and cross collaboration on a daily basis,” said Lt. Cmdr. Daniel Hatting, P-8A IWST director. “The IWST team’s ability to communicate directly with the squadron during daily calls allowed them to gain a better understanding of customer requirements; being proactive and translating that customer vision to industry allowed the team to align fleet prioritization with operational importance.”

Due to the vast amount of interdependencies, a dedicated effort was required through the “last tactical mile” for parts to be successfully installed into the aircraft.

“The spotlight shines bright on the central efforts of the front-line fleet maintainers and supporting logistics specialists, but integration efforts across the Naval Aviation Enterprise (NAE) were required to affect change on every aircraft,” said Hatting. “Selected key players included the NAVAIR program office (PMA-290), commercial and government providers, supply chain integrators, Navy and commercial engineers. The P-8A community consists of people who are willing to place the collective whole before individual credit - to the benefit of all.”

Achieving 56 FMC P-8A aircraft enables critical capability to NAVSUP WSS’ mission partners. There are now 56 P-8A aircraft that are able to provide forward American military presence to fly and complete any missions assigned. For the P-8A, FMC means any combination of Anti-Submarine Warfare, Anti-Surface Warfare or Intelligence and Surveillance and Reconnaissance missions assigned by operational commanders worldwide.
The next target for the P-8A IWST is to sustain the 56 FMC P-8A aircraft and expand as more aircraft deliver to the fleet.

“It’s an honor to watch this team set and achieve goals, but sustainment of 56 FMC aircraft is the new IWST focus,” said Victor “Sonny” Phillip, P-8A IWST deputy director. “I have no doubt their consistent professionalism and teaming within the NAE umbrella will lead to sustainment .”

A lot of work remains, but with hitting the 56 P-8A FMC target ahead of schedule demonstrates the impossible might just as well be achievable.

NAVSUP WSS is one of 11 commands under Commander, NAVSUP. Headquartered in Mechanicsburg, Pennsylvania, and employing a diverse, worldwide workforce of more than 22,500 military and civilian personnel. NAVSUP's mission is to provide supplies, services, and quality-of-life support to the Navy and joint warfighter.