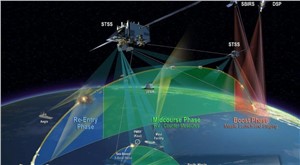 The successful CDR is a significant milestone for the Next-Gen OPIR program. With the flight design complete, the Northrop Grumman and Ball Aerospace team will manufacture, integrate and test the flight mission payload, which is scheduled for delivery to Lockheed Martin in 2023.

“The Northrop Grumman and Ball Aerospace team brings deep mission expertise in missile warning and tracking to this program,” said Scott Lee, vice president and general manager, payload and ground systems, Northrop Grumman. “Together, we’re delivering another generation of unblinking eyes in space as part of our nation’s strategic deterrence.”

As the successor to the Space Based Infrared System (SBIRS), Next-Gen OPIR will provide an improved, more resilient missile warning system to counter current and emerging threats.

The Next-Gen OPIR GEO satellites are being designed and built by Lockheed Martin. Northrop Grumman and Ball Aerospace are one of two teams selected by Lockheed Martin to develop a competitive payload design for the program.

In addition to developing a payload design for the Next-Gen GEO program, Northrop Grumman was selected by the Space Force to design and develop two polar-orbiting Next-Gen OPIR space vehicles.